How did you discover this text, La princesse blanche?
By reading this wonderful novel by Rainer-Maria Rilke, The White Princess, which is built around the favourite theme of the author: the small death versus the great death.

What made you decide to do an operatic version?
I wanted to make both the hopes and the hopelessness of the white princess sing. The distorted performer that I was, I guess. And I had a new company available to me and ready to do new works! In short, I spoke to Bruce Mather about the project, knowing that he would like Rilke’s text and he said yes. 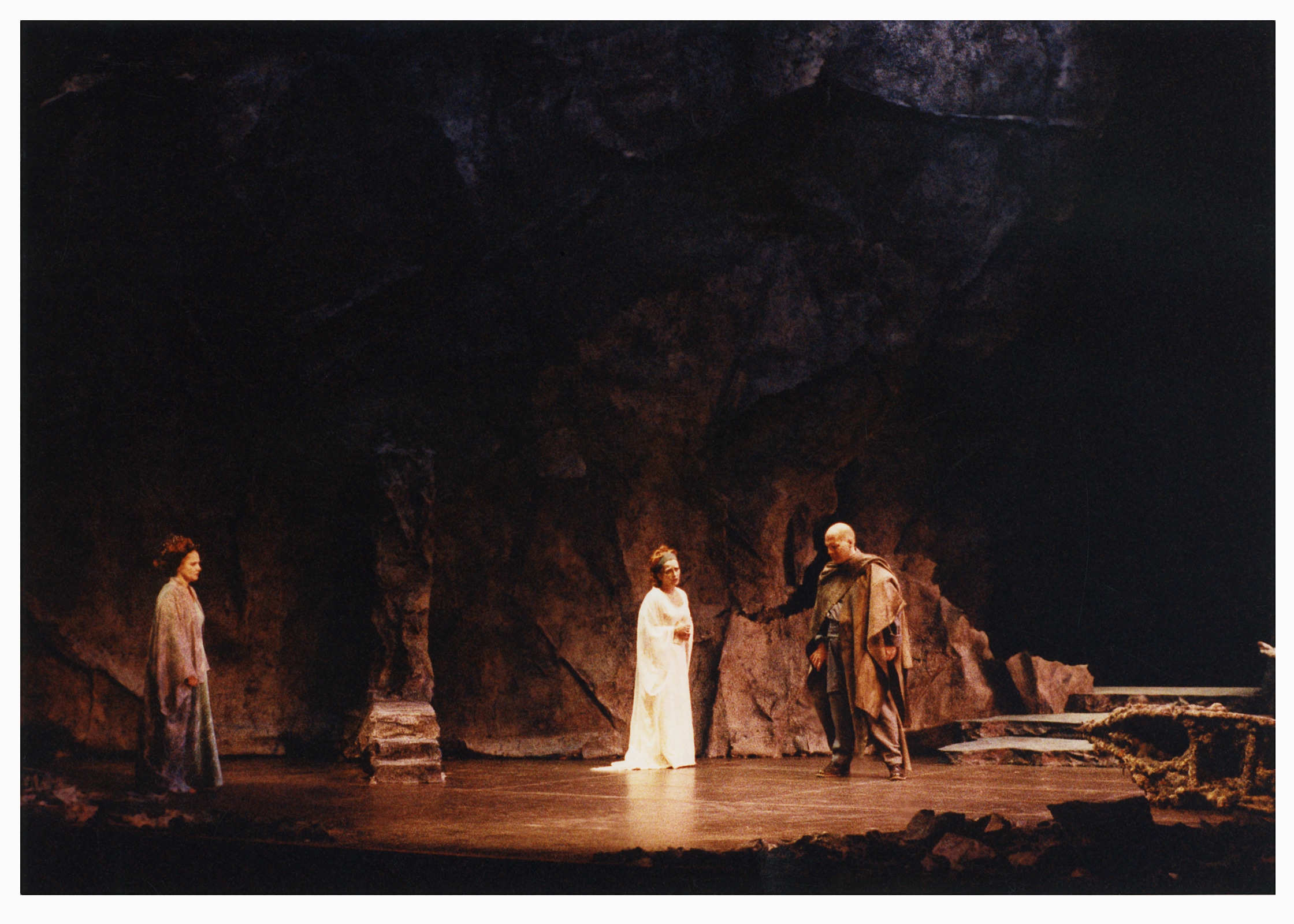 What were the main artistic stakes?
The same stakes as for any new production: to bring together the team of creators, to find the right performers who are interested in tackling new repertoire, the orchestra, forming a production team, finding the necessary money, collaborations… etc. and to set a lovely backdrop to the event, to convince a conservative public to come and to enjoy it.

What did you think of the result at the premiere?
It was very well received. Bruce Mather’s opera is filled with tenderness, sweetness, contained suffering and soaring lyricism that’s worthy of the most beautiful operas. A great work that in my view should have been reprised by the bigger traditional opera companies. I hope that the future will find it again and bring it out of the shadow. It deserves this light.

Read a review from Le Devoir

A word about the reprise in 1998?
In spite of the company having little means, I always believed it to be important that a work have at least one reprise. I was not always able to rise to the challenge, but we did it for this opera.

An anecdote?
More than one anecdote: We originally thought Opéra de Montréal would to the reprise. Wonderful. But after having planned to program it in 1997, Opéra de Montréal arbitrarily pulled it in the midst of the season. I never really understood this move, condemned by the media, poorly received in the milieu, only their desire to prove what they thought to be the pointlessness of recent works. So, the pointlessness of creating. It was huge. We had just understood the context in which we would have to battle over the coming years.

Read the review from La Presse