What was the biggest challenge on stage?
First, it was a huge challenge of endurance: a 74-minute solo performance with 23 performances in one month, and I deeply wanted to maintain the same quality of voice and acting through to the end. A cappella meant that I was very alone on stage, but I was well equipped with the quality of this score written for me and the strength of the text. It was a wonderful adventure for the beginning of our creation company!

How many shows did you perform in total?

Thirty-five, when all was said and done, I think. That includes the reprises in France, Venezuela, Toronto and elsewhere in Canada. It’s a lot for a contemporary opera. There was a lot of enthusiasm from the public.

Tell us about the Bédouins poster

The poster was inspired by a series of paintings that was called les doñas by Anita Pantin, a Venezuelan artist who also designed the androgynous costume for this show. 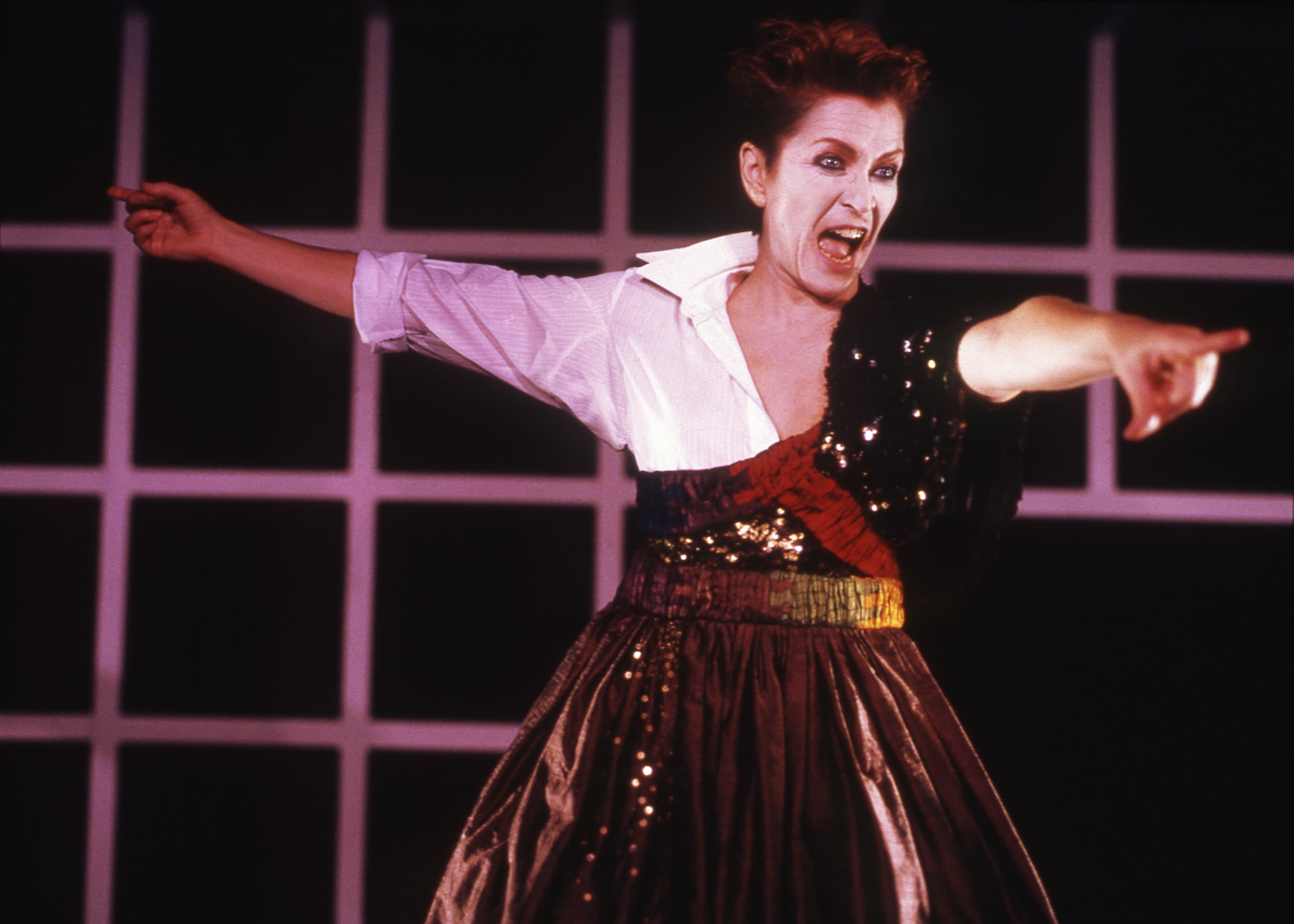 An anecdote about this creation?
Losing the set at the IX Festival international de las artes Mundo de Americas 92 in Caracas. The wooden planks… panic! We found it at the last minute just before the show- outside with the trash!!!