What is the genesis of the production Il suffit d’un peu d’air?
We wanted our young organization to open with a piece with real scope : 4 performers and a 15-piece orchestra, versus the solo performance we had just presented. 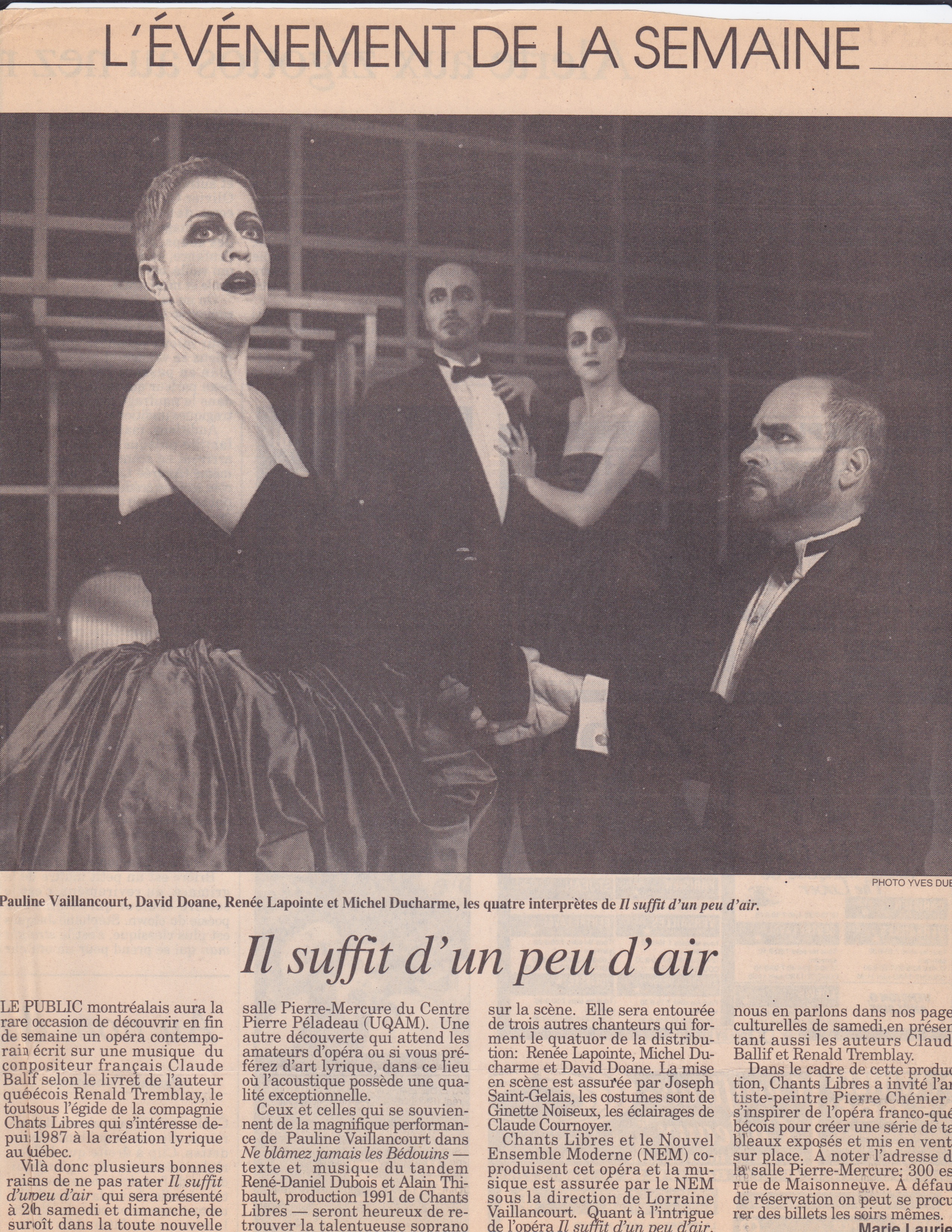 Based on the story, how would you interpret the title (Il suffit d’un peu d’air/Just a little air is enough)?
The characters in this opera are frozen, incapable of living without the standards of fashion and the glory of the stars. They don’t have enough oxygen, not enough authenticity, to live their own lives.

What defining characteristics musically?
The music is written in quarter tones, both for the orchestra and for the singers, which sets a strange atmosphere, the feeling of how their lives don’t match up with reality. It’s a hazy, ambiguous ambiance that lacks consistency. Very strange. 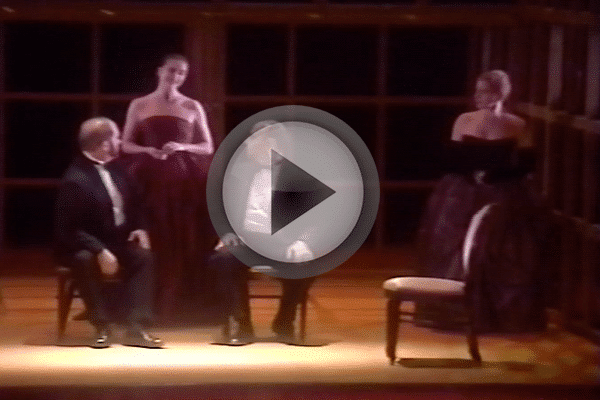 First collaboration with the NEM and Lorraine Vaillancourt, how is it to work with family?
My sister Lorraine is a great conductor and her musicians are all soloists. It’s very calming and reassuring to know that the music will be performed at such a high level. When the NEM is in the pit, everything goes better.

What was the reception from the public?
Mixed and loud. Bravos and interjections! We disturbed them… new works do this – disturb. However, students who had attended rehearsals were interviewed by a journalist and they appreciated it because they understood the subtleties of the text.

An anecdote?
One hour before the doors opened, and we didn’t have the costumes. We needed to find the money and pay first. Trust wasn’t built yet….