What was it that convinced you to take part in this big adventure?
I saw Pauline sing the opera La voix humaine in Montreal and it was fantastic! It really made me want to create something with her, all the more so because I find her to be such a great artist!

How did you take part?
I was involved in the texts for the first creations: Il suffit d’un peu d’air (1992)and La princesse blanche (1993). As a writer, I had a certain ease composing texts in general. For example, I proposed Chants Libres as the company name, a name that has a double sense in expressing both a realm of possibilities and evoking liberty and singing.

Do you have a Chants Libres memory to share?
The most moving moment happened during rehearsals for the opera Il suffit d’un peu d’air (1992) for which I wrote the libretto. To see all the musicians, singers and artists gathered together at the Pierre-Péladeau Centre, hearing the first chords, discovering the score… it was a real crowning moment.

A message for Pauline for Chants Libres’ 30thanniversary?
Pauline, continue being such a wonderful creator! 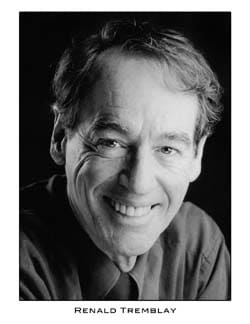